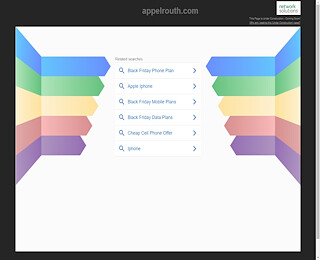 It is unfortunate that fraud has become a part of the society. According to statistics gotten from a reliable source, 20 percent of every workforce will commit fraud no matter how much they earn and about 60 percent of your workforce will commit fraud if they are certain that they won’t be caught. On the average, companies lose about 7 percent of their revenue to fraud. So, it is important to conduct Miami fraud examination on your business regularly.

It is a bad idea to wait until your bottom line begins to reduce. Some fraud perpetrators are very smart and will only siphon an amount negligible to what the company generates so there won’t be any suspicions.

Choosing a Miami fraud examination is not a simple or straightforward task. This is because every business is unique and the process of carrying out fraud in every business is different. Most of all, perpetrators of fraud will do everything possible to cover their tracks. Here are a few tips on hiring a fraud examiner.

Your in-house accountants and auditors may not be able to detect a highly complicated fraud for two reasons. They may lack the required skills and they may be complicit to the fraud. Fraud examination involves in-depth IT knowledge, surveillance and analyses of voluminous financial records. This is why fraud investigators or examiners are also known as financial detectives.

For example, there was a time when a certain bank manager collaborated with his bank’s software developer to tweak the bank’s software so that it will be deducting about 5 cents from select accounts every month. Most customers do not pay attention to the decimal part of their account balance. So, they won’t notice a deduction of 5 cents. It is very negligible. Do you know how much it will amount to if 5 cents is deducted from just 10 million accounts? Here is the arithmetic. Multiply $0.05 by 10 million. You will get a whopping half a million dollars. That should give you the idea of how much the bank manager and the bank’s software developer were sharing every month.

Nobody suspected any foul play because the amount involved was too negligible. The fraud went on for years and it only leaked when the manager was removed. This is why you need to hire the very best fraud examination team.

Detecting fraud and gathering relevant evidence both require versatility. A great investigator must be knowledgeable in IT, data analyses, accounting, auditing, investigation, law and criminology. If not, the perpetrators will continue to cover their tracks or the fraud may not be detected at all.

Fraud examination is more of a team work. You may not get the best services from an individual fraud examiner. Of course, hiring a team will cost you more. It is worth it because an individual may not get to the root of all the frauds if multiple frauds have been committed.